What the Owls Tell Us 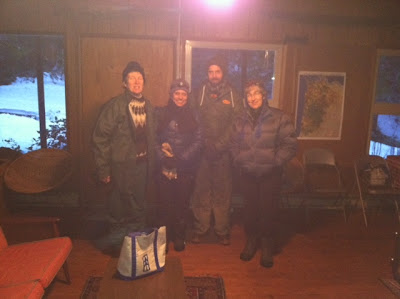 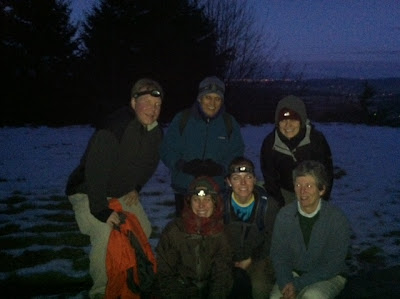 On the evenings of March 1 and 3, we continued our adventures in trying to learn more about the owls in the Hyla Woods forests, and what their presence, absence, and distribution might tell us about the forests. Building on our experimental efforts a year earlier, in our second year we developed and followed a more scientific approach to the sampling, following as set route with set stations, and using a mix of listening and calling (by voice and recorder). With the help of able volunteers, led by Char Corkran, we successfully covered all areas in both the Timber and Mt. Richmond Forests.
Results included a single saw whet owl at Timber and a mix of saw whet, northern pygmy, and screech owls at Mt. Richmond. Special thanks to Char Corkran, Christie Galen, Marc Carrel, Larry Johnson, Meghan Young, Emilie Blevins, and Laura Guderyahn for their important help walking and listening until late in the night.
Puzzler Question: If we had heard a northern spotted owl should we consider that a success of a failure? Good news or bad? This is a theoretical question, of course, though we are actively working to get a “safe harbor” agreement so that the arrival of a NSO in the ‘hood would be nothing but good news. Stay tuned.